in the ever-changing urban core landscape, the convenience, the location, the land is all coming more and more at a premium. sure, everyone would love to walk to work or bike somewhere on the weekends but that is becoming a luxury. affordability is harder to find. fortunately, though, if you’re searching for a condo, there are three new options in emerging neighborhoods that might fit the bill.

it will sit in the shadow of a 200-foot tall grain silo and at the bend of the cumberland river on the west side of town; hence, they got creative and named it silo bend.  due for completion in summer 2019 and officially being rolled out for pre-sale in april, prices for a one bedroom start around $175,000 and for 2 bedrooms, in the mid $200s. the 103-unit, 3-story community will include a pool + fitness center and only a stone’s throw from the chic new frothy monkey coffeehouse in the nations. that should check a few boxes right off the bat. |5500 centennial blvd

you do not have to go too far for the next contender: boomerang which will consist of two new, three-story buildings and sits across the street from silo bend in the nations. the larger of the two (which will be triangle-shaped) will include 8 condos (starting in the mid $200s) on the second and third floors with the ground floor offering street retail space. a late summer groundbreaking is the current game plan. | 5403 centennial blvd 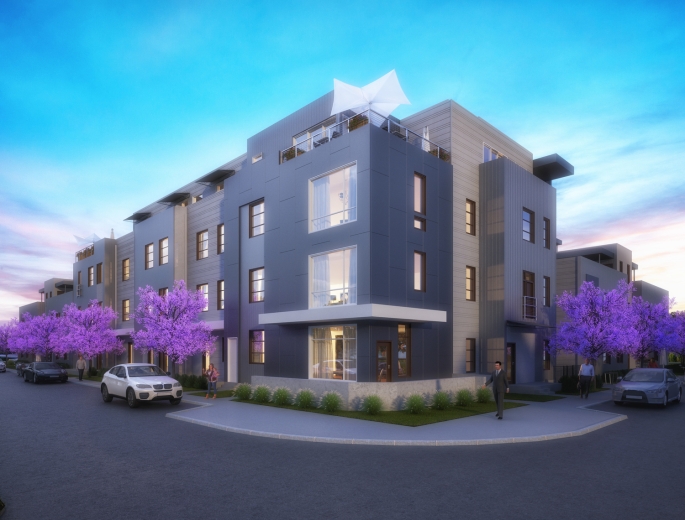 segment, the newest development in wedgewood-houston, will be 26 flats and 8 townhomes on the corner of pillow and merritt. no amenities but prices start at $239k. with the potential new mls soccer stadium being built there, the former baseball stadium being torn down to make way for a huge green space/park, and a slew of new coffee shops and restaurants in the works, wedgewood-houston, or “weho”, is emerging as one of the hottest new neighborhoods in the urban core.

building community in the urban core

thank you for visiting the site. any questions? email me at ispeaknashville@gmail.com.